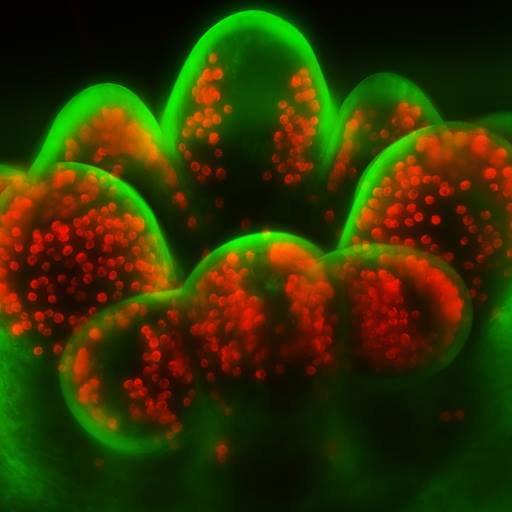 Research at Essex enabled the development, production, commercialisation and validation of eight instruments for optical, non-invasive analysis of photosynthetic organisms.

This research led to new developments for four companies, enabling them to break into new markets, expand their instrument portfolios, widen their customer base and reputation for innovation, create new jobs internally and generate over £3.3million in sales. The specialist instruments are sold to world-leading agricultural companies, core facilities and research laboratories.

Photosynthesis is the most important chemical reaction on Earth; being able to measure it accurately - in the sea, on land, and without damaging the sample - is important for many environmental and biological applications. Researchers from our School of Life Sciences focused on the optical, non-invasive analysis of photosynthetic organisms. Implementing new analysis methods for measuring plant and algal productivity and non-invasively imaging delicate organisms required developing new instruments and analytical methods with commercial companies.

The Essex scientists helped establish chlorophyll fluorescence imaging (CFI) as an important tool for assessing the effects of various chemical, genetic and environmental impacts on plant performance and productivity. Their first instrument prototype for rapid screening of multiple plant seedlings in one image led to the creation of Technologica Ltd and the wide use of CFI in plant screening and phenotyping.

Professor Tracy Lawson then expanded CFI theory to include temperature measurements and produced the first instrument capable of measuring the efficiency of a plant’s intrinsic water use. Working closely with Professor Lawson, the company PhotoSystem Instruments (PSI) developed a new commercial system capable of dual measurements of photosynthetic processes and stomatal responses by combining CFI and thermal imaging.

These innovations were first incorporated into the operating software for CTL’s existing FastOcean fluorometer increasing its marketability, and subsequently incorporated in CTL's most recent STAF systems: the benchtop LabSTAF and deployable AutoSTAF.

Fluorescence microscopy is a cornerstone of modern biology, but the high levels of light used can damage samples. This is a big problem when studying light-sensitive organisms – such as certain ecologically important corals. Dr Philippe Laissue developed an instrument prototype to repeatedly image such delicate photosynthetic organisms at single cell resolution for long time periods. Supported by a Royal Society Industry Fellowship, Dr Laissue then collaborated with Cairn Research, a UK manufacturer of optical instruments, to produce the instrument’s commercial version, the Large Selective Plane Illuminator (L-SPI).

Essex research has supported the development and commercialisation of new advanced chlorophyll fluorescence and microscopy instruments for the assessment of organisms by four companies, resulting in significant growth in sales and profits. This has led to combined sales of approximately £3.3million for all four companies.

The research and development work carried out at Essex was fundamental to the success of their spinout company Technologica and its resulting commercial impact. The instrument has been sold widely to plant research laboratories, university departments and world-leading commercial firms such as Syngenta. In addition, Professor Lawson’s close working relationship with PSI enabled the company to develop a cutting-edge commercial system, helping it to maintain PSI’s position as a market leader in plant phenotyping.

The Essex researchers’ analytical innovations were incorporated into the operating software for CTL’s popular benchtop fluorometers, the LabSTAF and the recently developed AutoSTAF. These instruments have sold across Europe, the United States, China and Israel, generating millions pounds worth of income for CTL, thereby helping them to maintain their market dominance.

Dr Laissue’s prototype instrument became Cairn’s first light-sheet product on the market and the first produced in the UK. The watershed instrument, along with Dr Laissue’s expertise, enabled Cairn to break into the fast-growing light-sheet microscopy market at the right time, expanding their instrument portfolio and customer base. Building on the L-SPI, in continued collaboration with Dr Laissue, Cairn added three further light-sheet instruments to their range. These new products have contributed to Cairn’s position as a market leader for innovative fluorescence microscopy solutions.

Winner: Celebrating Excellence in Research and Impact Awards 2020 – Best Research Impact by an Early Career Researcher in the Faculty of Science and Health