Insight: “One play is worth a hundred speeches” In February 1918, 8.4 million women in Britain over the age of 30 were given the right to vote. One Essex researcher has helped uncover lost stories about the role of theatre in the women’s suffrage movement.

Edith Craig (1869-1947) was a prolific theatre director who trained as an actor and costumier at London’s Lyceum Theatre.

She became involved with the women’s suffrage movement, organising street processions, selling newspapers on the street, and directing plays with the Actresses’ Franchise League and the Pioneer Players Theatre society which she founded.

Performances of suffrage-based plays were a rallying point for suffragists and suffragettes, communicated their arguments to a wider audience and brought in vital funds. Professor Katharine Cockin from our Department of Literature, Film, and Theatre Studies, joined Essex in October 2017. She has spent nearly thirty years researching women’s suffrage theatre and her many publications include two biographies of Edith Craig.

The power of theatre

Plays served several purposes for the women’s suffrage movement, including the opportunity to speak to the public. “They wanted to persuade the audience to join up,” explains Professor Cockin, “so a lot of the stories are ‘conversion narratives’, where a suffrage activist converts an initially anti-suffrage character. “Edith Craig was interviewed by one of the women’s suffrage newspapers and said ‘one play is worth a hundred speeches’. She was convinced of the power of theatre.” There’s evidence she was right.

One play, A Pageant of Great Women written by Cicely Hamilton, was performed across the country between 1909 and 1912, including Ipswich, close to our Colchester Campus, on 20 October 1910. Newspaper reviews described large crowds of cheering women and one performance in Sunderland alone attracted an audience of 2,000.

The plays also empowered activists. In A Pageant of Great Women the character of Woman argues for the vote by describing the achievements of a parade of up to 90 ‘great women from history’. These historical figures were played by suffrage activists, not professional actors.

“Taking part in the play was transformational,” says Professor Cockin. “One advert asking people to get involved at Beckenham says ‘Come to the public hall, Beckenham, and realise your beliefs that women have been great!’.” 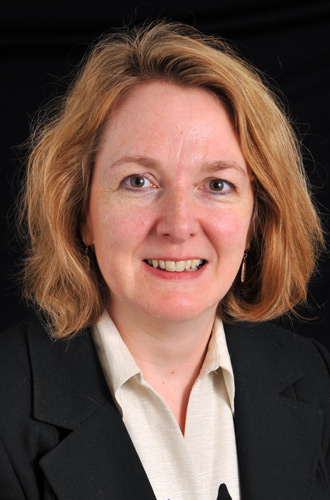 “Edith Craig was convinced of the power of theatre.”

Professor Cockin’s interest in Craig started in 1989 during her PhD, when she learned about the National Trust’s collection of documents relating to Craig at Smallhythe Place in Kent, the former home of Craig’s mother, Victorian actress Ellen Terry. Professor Cockin said: “I was interested in political theatre and here was a fascinating archive that needed to be worked on.

With AHRC funding she produced an online description catalogue of the National Trust’s Ellen Terry and Edith Craig archive of over 20,000 documents. That catalogue enabled much of the collection to be loaned to the British Library, bringing it to a wider audience. Thanks to Professor Cockin’s follow-up AHRC-funded project, Theatrical Ancestors – a database of more than 34,000 theatrical records – you can find out if members of your family were involved in Victorian and Edwardian theatre.

Three decades on, while researching her most recent book, Edith Craig and the Theatres of Art (2017), Professor Cockin made exciting new discoveries in Craig’s papers, including a previously unknown musical score by composer Dame Ethel Smyth, and evidence that James Joyce wanted Craig to direct his play, Exiles. “We’re still discovering things - there’s more to learn about women’s suffrage theatre, the part it played in publicising the arguments and persuading audiences, as well as inspiring artists and writers in the period before the First World War and the most well-known phase of the modernist movement.

In 2018 Professor Cockin will be giving a keynote talk at the People’s History Museum, Manchester on 10 March and talks at Jaywick Martello Tower on 26 October and Essex Record Office on 6 and 13 November as the centenary of women’s enfranchisement is marked.

Insight: Unlocking the secrets of Victorian and Edwardian life

How a collaboration between our historians and the UK Data Archive has brought history to life and transformed research.