Essex lawyers showed how Government reforms have limited access to justice for the most vulnerable.

Without judicial review Gina Miller could not have protected Parliamentary sovereignty in the triggering of Article 50, and Joanna Lumley would not have secured the rights of former Gurkhas wanting to settle in the UK. But Government reforms to judicial review have drastically reduced access, and vulnerable people are suffering.

In a landmark study, Essex lawyers showed that those Government reforms were not based on solid evidence and contrary to Government claims, the system is not open to widespread abuse. 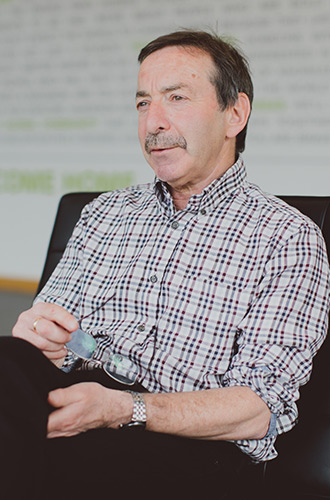 “We have proved that contrary to Government claims, there was neither massive growth nor real evidence of abuse of judicial review."

Judicial review is a legal process providing redress, reviewing the lawfulness of decisions made by public bodies and making those public bodies legally accountable.

It has played a pivotal role in protecting the rights of vulnerable people and communities.

But its tangible benefits have not been fully understood, until now.

In 2014 the coalition Government sought to reform judicial review claiming that:

The need for judicial review

Using court records and questionnaires completed by solicitors for claimants and defendants, our researchers built the first, comprehensive data set on the use, impact and operation of judicial review.

Crucially, for the first time the project showed a direct link between claimants receiving legal aid and the tangible benefits of judicial review. Denying those people most dependent on public services access to legal aid, denied them access to justice.

Government hasn't listened yet, but who did?

The battle for protecting access to justice has been led by parliamentary committees, civil society groups, lawyers and courts. They have all cited the work of our study and continue the fight, despite the passing, in 2015 of the Criminal Justice and Courts Act .

The project was funded by the Nuffield Foundation and the report published by the Public Law Project.

School of Law, University of Essex
See also
Read the report - The Value and Effects of Judicial Review
The School of Law

Insight: Can we do more to support birth mothers after a child's taken into care?

Is migration beneficial? 2000 Families compares the lives of migrants and non-migrants across generations.