This project is in partnership with CEASEFIRE Centre for Civilian Rights.

Recent armed conflicts are increasingly characterised by devastating sieges. While siege warfare is as old as war itself, modern sieges are having profound impacts on the civilian population, including the widespread destruction of civilian infrastructure and starvation of the civilian population. The resurgence of siege warfare has placed sieges at the forefront of international concern and debate, with the question of whether sieges are compatible with the contemporary framework of international law the apex of this debate.

This project will examine some of the most complex and controversial issues surrounding modern sieges, and produce a much needed report for CEASFIRE on the legal framework governing sieges that will be used for international advocacy and as the foundation of discussion for an expert meeting on the challenges of modern siege warfare.

High-intensity conflicts in the Middle East and elsewhere have been dominated by a series of long and brutal sieges. These include sieges of major cities in Iraq (Ramadi, Fallujah, Mosul) and Syria (Aleppo, Raqqa, Eastern Ghouta) as well as dozens of smaller cities or towns. The siege of Hodeidah in Yemen is ongoing, and a new series of sieges in Syria’s Idlib are underway. Whether mounted by Syrian/Russian/Iranian forces, the international coalition against ISIS, or the Saudi-led coalition, these sieges have all produced high rates of civilian casualties and massive physical destruction. The UN and other humanitarian agencies have condemned the starvation of local populations under siege and sought to improve humanitarian access, but have made little headway in addressing the underlying problems.

Although the pattern and scale of violations in contemporary sieges differ significantly between cases, they have all seen the erosion of humanitarian norms by almost all parties to conflict. But the legality of siege warfare and the limits placed on both besieging and besieged parties by international humanitarian law are a matter of some controversy.

CEASEFIRE is now planning an evaluation of three recent sieges to consider international humanitarian law adherence and the legal and policy questions raised, leading to a publication and joint seminar in the first instance.

"The age-old method of siege warfare is in resurgence, and with devastating consequences for the civilian population. This timely research will bring much needed clarity on the contemporary framework of international law applicable to modern sieges, and provide NGOs and other human rights practitioners with the legal tools and policy options necessary to evaluate conduct during sieges and ensure accountability for violations of international humanitarian law."

The principal project output will be a report on legal limits on siege warfare (law and practice). The report, which it is anticipated will be a co-publication between CEASEFIRE and the Clinic, will:

Key issues may include:

The finished report is intended for publication and will lead to a joint seminar with an academic institute, possibly in Geneva. Depending on timing, it is anticipated that the student researchers may be able to support the planning of this workshop through proposing participants and drafting a concept note, and, subject to available funds, may be able to participate.

The CEASEFIRE Centre for Civilian Rights is an international initiative to develop civilian-led monitoring of violations of international humanitarian law or human rights; to secure accountability and reparation for those violations; and to develop the practice of civilian rights. CEASEFIRE works with established NGO partners and UN agencies on the ground in Iraq, Iran, Syria, Yemen and South Sudan, monitoring violations and promoting the access of civilians to the range of non-violent mechanisms and remedies under both human rights law and the laws of armed conflict, working to ensure that their rights can no longer be denied. CEASEFIRE is registered as a charity in the UK (no.1160083) and its work is funded by the governments of Switzerland and Norway and by leading foundations. 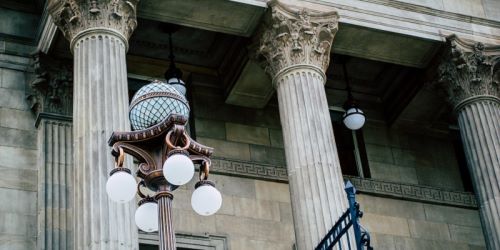