Our home recognised as one of the nation's best green spaces 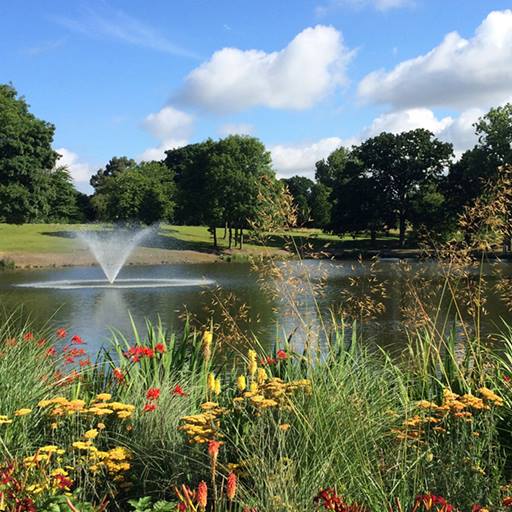 Today The University of Essex is celebrating after receiving a Green Flag Award for Wivenhoe Park, securing our home as one of Britain’s best green spaces. The award is the international quality mark for parks and green spaces and is the sixth year the Colchester Campus gets the honour.

This follows the park retaining its place among the UK’s most popular parks for the fourth year running in the People's Choice Awards in 2021 – the only university to achieve this honour and be named as one of Britain’s best 10 green spaces.

“Our green spaces play a vital role in both staff and student wellbeing.

“We must not only maintain but enhance, our green spaces.

“Being the custodian of this historic parkland is an honour and I have a great Grounds team of who understand the importance of not only meeting the benchmark standards each year but going beyond, to the next level.”

Boasting three lakes, 2,800 trees, car-free jogging routes and 40 acres of sports fields, our 220-acre Colchester campus really does have something for everyone.

Immortalised in oils by world-famous painter John Constable, Wivenhoe Park remains a striking landscape of more than 200 acres much-loved by students, staff and the surrounding community.

It has an incredible history which dates to 1759 when Isaac Rebow asked Thomas Reynolds to build him a mansion house.

The park itself was designed by Richard Woods and was remodelled in 1846-7 by T. Hopper.

Today, it is our home and the parkland provides a vital resource to staff, students and the local community.

In fact, the University is the home of Green Exercise - we coined the term in 2003 - and visitors can enjoy the many positive effects of exercising in nature.

Keep Britain Tidy’s Accreditation Manager Paul Todd said: “I would like to congratulate everyone involved in making Wivenhoe Park worthy of a Green Flag Award.

“Wivenhoe Park is a vital green space for the community in Colchester.

“This award is testament to all the hard work of staff and volunteers, who do so much to ensure that it maintains the high standards demanded by the Green Flag Award.”

The Green Flag Award scheme, managed by environmental charity Keep Britain Tidy under licence from the Department for Levelling Up, Housing and Communities, recognises and rewards well-managed parks and green spaces, setting the benchmark standard for the management of green spaces across the United Kingdom and around the world.