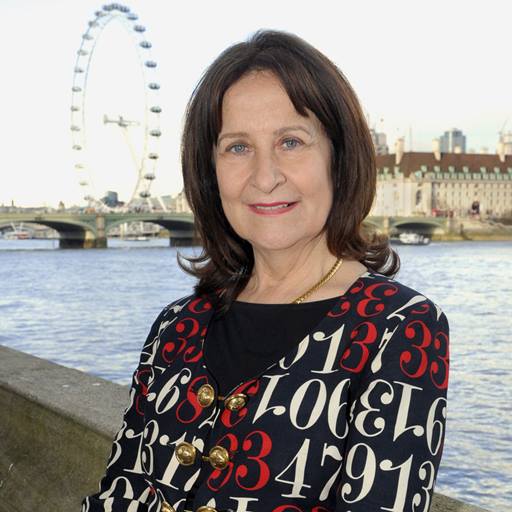 One of Britain’s most distinguished lawyers, Baroness Helena Kennedy QC, and luxury fashion accessories designer Anya Hindmarch are among the nine people to be awarded Honorary Degrees at Graduation 2017 at the University of Essex.

Graduation 2017 will be the biggest graduation the University has ever held and it will be the first time the event will increase to 12 degree ceremonies. The distinguished Honorary Graduands will join 3,300 students and 10,000 guests for the highlight of the University’s calendar, which takes place on 18-21 July 2017.

This year’s Honorary Graduands are:

Alun Evans is Chief Executive of the British Academy, and former Director of the Scotland Office from 2012-2015. Previously, Alun was Secretary of the Detainee Inquiry, Head of Strategy at the Department for Business, Innovation and Skills, Director-General in the Department for Innovation, Universities and Skills, and Director-General at the Department for Communities and Local Government. He has been Principal Private Secretary to three Secretaries of State and Head of Strategic Communications at 10 Downing Street. Alun graduated from Essex in 1980 with a degree in Government, and completed an MPhil at the University of Birmingham before joining the Civil Service. He is also a visiting Professor at King’s College London.

Anya Hindmarch CBE founded her luxury accessories business in London in 1987 and has since grown a global brand with more than 45 stores, including flagship stores in New York, London and Tokyo. A passionate advocate of British design, Anya is also a UK Trade Ambassador, a Non-Executive Director of the British Fashion Council and a trustee of the Royal Academy of Arts and the Design Museum. In 2017 Anya was awarded a CBE in recognition for her contribution to the British fashion industry.

Baroness Helena Kennedy QC has practised at the Bar for 40 years in the field of criminal law and human rights. She chaired the British Council for six years and the UK Human Genetics Commission for eight years. She has been a member of the House of Lords for 19 years, where she chairs the Sub Committee on Justice within the European Union. She is co-chair of the International Bar Association's Institute of Human Rights and chair of Justice, the British arm of the International Commission of Jurists. She is the chair of the Booker Prize Foundation and Principal of Mansfield College, Oxford.

George Kieffer has been a member of the University’s Enterprise and Industrial Advisory Boards since 2009 and is a champion of the University. He is Chair of Haven Gateway Partnership, Vice-Chair of the South East Local Enterprise Partnership, Chair of the Board of the Estuary Housing Association and a board member of Visit Essex. He is also a key member of the Greater Essex Business Board. A former City banker, his previous industry roles included Head of European operations and Deputy Chairman at Sega Enterprises Ltd of Japan, director and consultancy roles in the defence, aerospace and hospitality sectors. George is a Freeman of the City of London and Past Master of the Worshipful Company of Turners.

Frances Morris is director of Tate Modern, and has a 30-year career at the gallery. Her work has involved leading on building Tate’s collection of international art, in all media, from 1900 to the present day. Joining Tate as a Curator in the Modern Collection, Tate Gallery, Frances became a curator delivering the opening collection display at Tate Modern in 2000, and acted as Head of Displays until 2006. Frances is a champion of international art, described by Tate supremo Sir Nicholas Serota as “one of the true architects of Tate Modern.” Frances’ parents live on Mersea Island, Essex and she visits the county regularly.

As an Essex alumna with an MA in the Sociology of International Development, Annemarie Naylor MBE has a background in public policy working with local, regional and central government. She established the Asset Transfer Unit and oversaw national programmes to enable the transfer of publicly owned land and buildings to communities. Annemarie was awarded an MBE for services to community asset ownership in 2015. Whilst working in the third sector, she also developed a national network for community libraries and undertook primary research for government about library service delivery. She is now Director of Policy at Future Care Capital, contributing to national debates about health and social care.

Afsheen Rashid MBE is founder Director of Repowering London, which installs solar-powered ‘power stations’ on community buildings, encourages local residents to invest, and funds community education and internships. An Essex alumnus, with an MEnv in Environment, Science and Society, Afsheen set up the Tower Hamlets Muslim Women’s Collective to encourage women to play a more active role in improving the environment. A former Senior Policy Advisor at the Department of Energy and Climate Change and current Chair of Community Energy England, Afsheen remains influential in both local and national community energy decision-making. Afsheen was awarded the MBE in 2016 for services to renewable energy projects in deprived communities.

Lord Phillips of Sudbury OBE is a retired Liberal Democrat peer and solicitor who was Chancellor of the University of Essex from 2003 until 2013. Lord Phillips’ distinguished legal career started in 1957 and he founded the London firm of Bates Wells & Braithwaite in 1970. He founded (or co-founded) three national charities, The Citizenship Foundation, The Legal Action Group and LawWorks (the Solicitors’ Pro Bono Group) and all still flourish. Lord Phillips presented current affairs series’ for London Weekend Television and Anglia TV, and was for 24 years “Legal Eagle” on the BBC’s Jimmy Young Show. He has been a regular freelance contributor to the broadsheets, and Trustee of the Scott Trust (owner of the Guardian and Observer) and several charities and companies. Lord Phillips now devotes his time to his family and to life in Suffolk.

Philip Tolhurst was a University member of Council from August 2006 to July 2015 as Pro-Chancellor. As a high-profile local figure in Southend-on-Sea, he has been a prominent supporter of the development and growth of the University’s Southend Campus. He has championed the University in Southend and has acted as an ambassador within the community, playing a crucial and enabling role in establishing the partnership between the University and Southend Borough Council. Philip is a solicitor and former Senior Partner of Essex law firm Tolhurst Fisher, founded in 1891, and a board member of the University’s growing research and technology park, Knowledge Gateway. He is also Managing Trustee and Chairman of The Norman Garon Trust.

Kenny Leck, founder and co-owner of BooksActually in Singapore, was awarded an Honorary Degree at our first graduaton ceremony for students with Essex degrees with Kaplan Singapore in April. He also coordinates Math Paper Press, the publishing wing of BooksActually, which publishes a wide variety of literature, poetry, and other Singaporean writing. BooksActually has developed a number of interesting innovations, including organising pop up bookstores in various locations around Singapore, and the development of book vending machines, which have been placed at the National Museum of Singapore, Singapore Visitor Centre, and Goodman Arts Centre.

Realising the community value of green spaces in Essex