Part of Department of Psychosocial and Psychoanalytic Studies The Centre for Trauma, Asylum and Refugees (CTAR) aims to provide a framework and a focus for examining, from a variety of different perspectives, the main issues associated with the reality and experience of being an asylum seeker or refugee.

The main emphasis of the Centre is on the psychosocial dimensions of these experiences. The Centre also provides a forum for individuals and organisations to exchange knowledge and experiences and to further develop their ideas and work in this field.

Click here to open a PDF document detailing our activity during 2012.

Click here to open a PDF document detailing our activity during 2011.

Click here to open a PDF document detailing our activity during the latter part of 2010.

Click here to open a PDF document detailing our activity during early 2010.

Political tensions in South Sudan escalated to the level of an armed civil conflict in December 2013. A cessation of hostilities’ agreement, signed on 23 January 2014, has yet to be implemented. While the conflict is being determined by several factors, including proxy influences, economic interests and political dynamics, the dominant narrative is the one of a tribal war between the Dinka and the Nuer. The number of casualties and wounded remains unclear on both sides, but at the end of February 2014 it was estimated that 803,200 people were still displaced in the Country as a result of the armed unrest, 68,000 of whom still lived in United Nations Mission In South Sudan (UNMISS) Protection of Civilians (POC) areas. These are camp-like settlements established within the existing UNMISS military compounds, walled, gated and guarded by UN forces. The implementation of systematic humanitarian responses in the POC areas are made difficult by the volatility of the security situation, as well as the fact that the sites within the UNMISS compounds, established out of the humanitarian space and below humanitarian standards due to an immediate need to save lives, have turned into a mid-term solution. Camp Coordination and Camp Management (CCCM) actors have been reporting a need for psychosocial supports in the camps, since individual and collective uneasiness have been evident from the onset of the crisis. While the emotional and social tensions Internally Displaced Persons (IDP) are facing can be normal consequences of the paradoxes of the situation, IOM decided to conduct a small-scale rapid assessment that could inform the implementation of specific psychosocial support activities for the Camps populations and of specific psychosocial capacity building initiatives for CCCM actors.

The background of the project is based on the Green Paper on the Future of the Common European Asylum System (2007) that, inter alia, asserted that, "It is imperative to take account of the special needs of vulnerable people as it appears that serious inadequacies exist with regard to the definitions and procedures applied by Member States for the identification of more vulnerable asylum seekers and that Member States lack the necessary resources, capacities and expertise to provide an appropriate response to such needs." (emphasis retained).

Setting up psychosocial services in Yemen

CTAR was invited to assess and recommend steps to improve psychosocial provision for refugees in Yemen on behalf of the United Nations and the Danish Refugee Council.

CTAR was invited to undertake an assessment of the existing psychosocial provision for refugees in Yemen and submit a report that would provide a framework for establishing improved services; moreover, CTAR was asked to oversee the implementation of such services as well as the ongoing supervision and monitoring of them. The great majority of refugees in Yemen are Somalis who cross either the Red Sea or the Gulf of Aden. The existing services have gaps and are overstretched. The United Nations (UNHCR) subcontracted the Danish Refugee Council (DRC) to set up such services and they invited CTAR to undertake this project.

On the last day of his visit, Professor Papadopoulos presented (in the UNHCR office in Aden) the preliminary findings and recommendations of the CTAR report to DRC and staff from other involved agencies and it was very well received. The intention is to develop a coherent strategy as well as concrete measures to address the problem. An important element of this project is CTAR's hallmark, i.e. the introduction of a therapeutic element in the work of staff across various disciplines and services. Moreover, this training will be based on Renos' 'Trauma Grid' that, whilst respecting the negative consequences of trauma, also includes more positive responses, e.g. resilience and Adversity-Activated Development.

CTAR works with five other European partners on the European Commission's 'Inter-Culture' module.

The phenomenon of immigration has been very common in the framework of the European Union, but especially in the last two decades. Immigrants and/or refugees have come to Europe from Asiatic countries and from Eastern Europe countries, seeking a new way of living. The population movement to the inner E.U. (increased with the enlargement of the Union) has already created several problems for the European Union, mainly connected to xenophobia and racism.

For that reason the European Commission decided to fund a project under the Leonardo Da Vinci programme with the title "Material / Module for the training of specialized Executives in the approach to problems of intercultural communication in the field of local community (neighbourhood, municipality, prefecture) shortened to 'Inter-Culture'. CTAR was one of the six European partners that worked intensively on this project over a period of four years and finally developed a training module that will soon be made available on the internet.

Consulting at the Dadaab Refugee Camps in Eastern Kenya

CARE International invites CTAR twice to review, deliver training and make recommendations on the psychological assistance that is offered to refugees in these camps.

In 1991, following a huge influx of refugees from Somalia, as a result of the civil war, the United Nations established, as a temporary measure, three refugee camps in Eastern Kenya next to the village of Dadaab. The highest number of refugees living in the camps reached 800,000 and now there are about 200,000. In 2007 CTAR was invited by CARE International (the main implementing partner of the UN agencies that run the camps) to consult to the camp authorities focusing on reviewing the psychological assistance that is offered to refugees, provide suitable training to staff, and then submit a report with recommendations. Following the report (Papadopoulos, Ljubinkovic and Warner, 2007), CTAR was invited again in 2008 to review the recommendations, to offer further training and consultation.

CTAR is based within the Department of Psychosocial and Psychoanalytic Studies and also has links with the MA Refugee Care and the PhD Refugee Care run jointly by the University of Essex and the Tavistock Clinic. Click the links below to find out more. 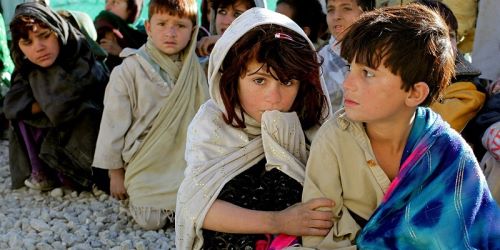 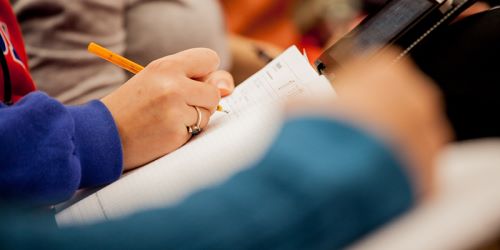 Department of Psychosocial and Psychoanalytic Studies
Tweets by ctar_essex 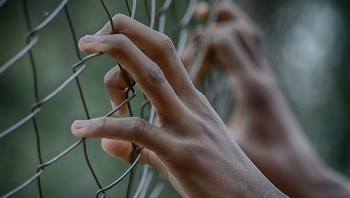