Possible dialogues – a view of COP26 from outside the conference hall During the first week of the COP26 summit, I travelled to Glasgow to participate in Diálogos Posibles/Possible Dialogues, a series of events that brought indigenous representatives and political leaders from the Amazon region to speak with artists, activists, academics and students from Scotland and from around the world.

While the official negotiations kicked off behind security cordons in the “Blue Zone,” and many civil society organisations were engaged in scheduled events in “Green Zone,” the rest of Glasgow came alive this week as well, with myriad marches, demonstrations, and creative encounters outside the formally cordoned/ticketed zones. 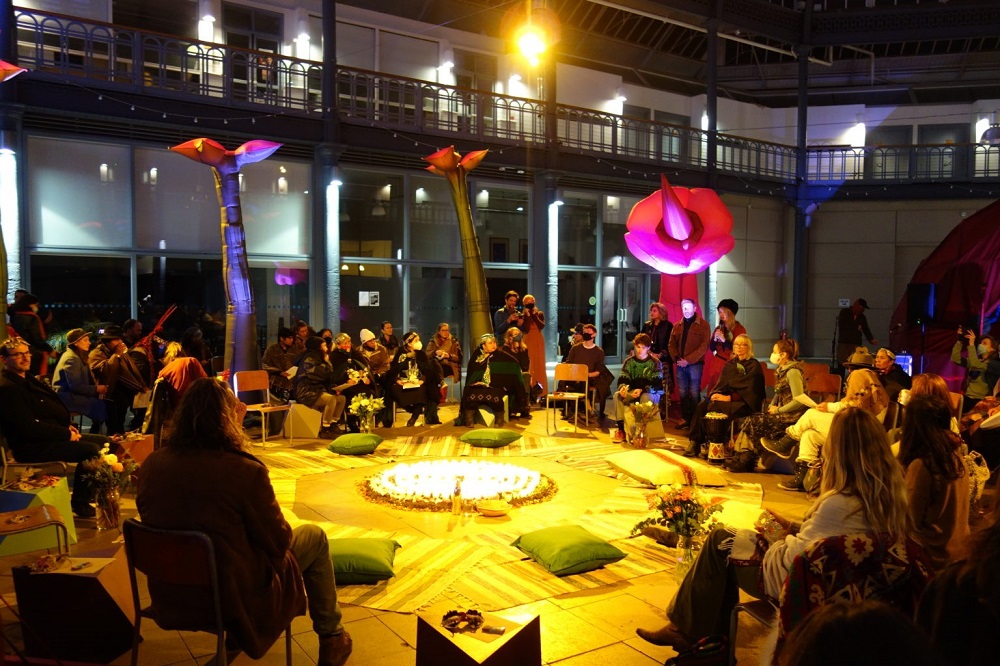 My own COP26 participation was sponsored by Más Arte Más Acción, a Colombian NGO dedicated to fostering meaningful encounters between artists, scientists, environmental activists and the indigenous people of Colombia. The dialogues were hosted in the Briggait, Glasgow's former fish market, situated on the bank of the river Clyde. For the duration of COP26, the Briggait has been transformed into a towering garden of surreal inflatables, an immersive artwork created by artists Zoe Walker and Neil Bromwich. Their Encampment of Eternal Hope has been hosting multimedia art installations, workshops and discussions throughout the summit. It has provided a dynamic meeting place, not only for a programme of planned talks but for some very unexpected dialogues as well -- as participants seeking a break from the formal negotiations in the Blue Zone or from the flux and chaos of the marches and demonstrations in the streets have been welcomed into the Briggait for spontaneous encounters there. 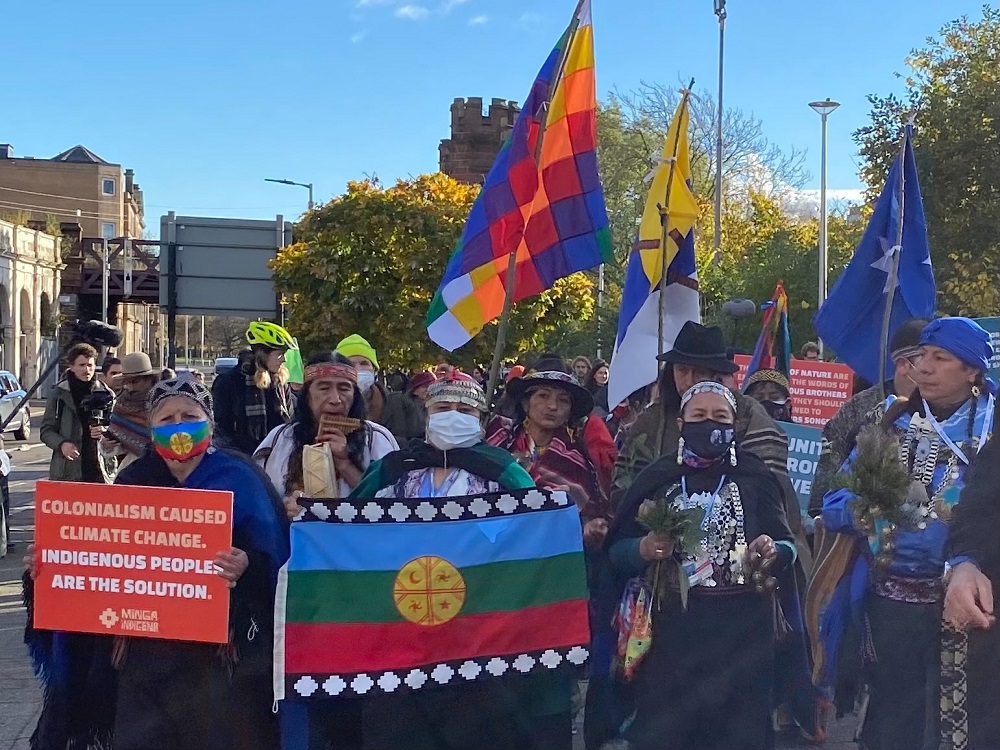 I was honoured to be included in the programme at the Encampment. On the first full day of COP26, I had the privilege of participating in a formal dialogue about indigenous politics in the Amazon region with Erna von der Walde, a cultural critic and activist from Colombia. Then on Wednesday, November 3, we marched together with hundreds of transnational activists to deliver over 30 indigenous representatives of the Minga Indígena to the gates of the Blue Zone. 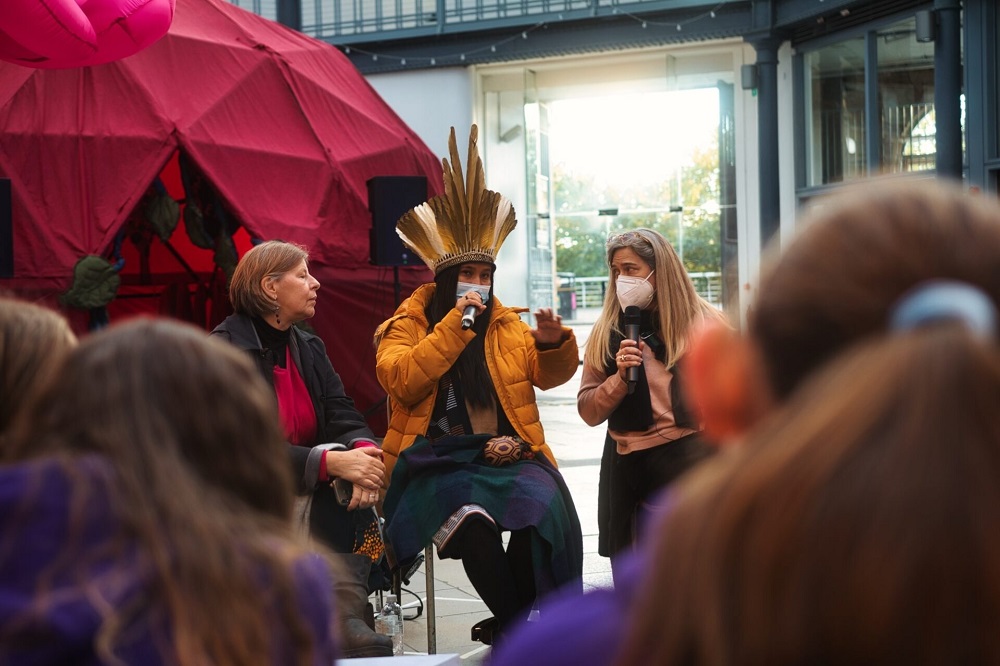 The most moving moment for me, however, was the opportunity to serve as Portuguese interpreter for Narubia Werreria, an indigenous representative from the Iny (Karajá) people of the Brazilian Amazon, and the President of the Indigenous Institute of Tocantins. Addressing Glaswegian schoolchildren from Sunnyside Primary Eco-School, her voice projected around the world by rolling indy-media cameras and the international press corp, she spoke of the need to overcome the colonising mindset that is threatening the Amazon rainforest and our planetary systems. Our scientists tell us all matter is energy, she said. Our voices are energy too, and all voices, no matter how small, can lend energy to the cause.

Having spent the past 20 years studying negotiations and accommodations between transnational corporations, environmental activists, international development agencies and indigenous activists, this was a humbling opportunity to witness transnational mobilisation at such a crucial moment in our struggle to keep global temperatures from rising by more than 2 degrees Celsius over the next few decades. Thanks to l'Association Jiboiana for bringing Narubia Werreria to COP26 and to our event, and thanks to Jonathan Colin of Más Arte Más Acción, for inviting me to participate in Diálogos Posibles/Possible Dialogues.

To browse/book events at the Encampment during COP26, follow this link.