About GTRSB pledge
Encouraging a more diverse community of students

Our pledge to Gypsy, Roma and Traveller communities The University of Essex pledges to encourage more young people from Gypsy, Traveller, Roma, Showman and Boater (GTRSB) communities to come to Essex.

As one of the most culturally diverse universities in the UK, with staff and students from over 140 countries, Essex is proud to welcome people from a wide range of backgrounds, who collectively enrich the life of our University.

Our Essex Law Clinic provided legal advice and support to residents facing eviction from Dale Farm and our University experts have written a report for the United Nation’s on the rights of nomadic people to culturally-appropriate housing.

Vice-Chancellor Professor Anthony Forster explained: “In common with universities across the UK, the number of staff and students from GTRSB communities coming to Essex has been low. We want to change this – and the signing of this pledge is an important first step.”

The Office for Students has highlighted that pupils from Gypsy, Traveller and Roma backgrounds (which includes New Traveller, Showmen and Boater communities) do least well at school compared with all other ethnic groups – and in turn this reduces their chances of going on to Higher Education.

This is reflected in a recent report, which confirmed that over the last 10 years the number of students going into higher education has increased for every ethnic group except those from GTRSB communities, where numbers are declining.

The commitments of our Pledge

Sean Smith, a first year BA Literature and Creative Writing student, is from a Traveller background and he believes fostering more understanding and breaking down barriers is key to encouraging other youngsters like himself to go to University: 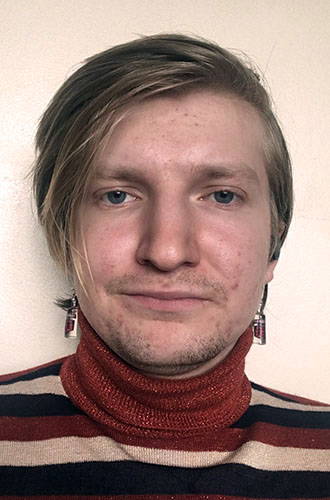 "People need to understand our history and culture a bit more. I have got a lot to learn myself, but I just wish people were more educated. If we could sort the problem of how people judge us, everything else will sort itself out."

Sean is not only the first in his family to go to University, he is the first to take A Levels.

Both of Sean’s parents come from a Traveller background, although by the time he was born they had settled down and were living in a council house near Chelmsford.

At 54, his father can neither read nor write - he had no education to speak of, and spent no more than a few weeks here and there in school. His mum attended more regularly, but her family’s nomadic lifestyle meant she often changed schools. She was offered a place at college, but didn’t go, because once again her family were on the move.

However, she could see the benefits of education and encouraged her children – Sean and his brothers and sister – every step of the way.

Astonishingly Sean could read and write by the time he was two-and-a-half. All four children completed their GCSEs at a local comprehensive, but Sean, a high-achiever at both school and sixth form, was the only one to go on to A Levels and then university.

“I had the ability and privilege to go to secondary school and got some really decent grades so just wanted to see if I could do something better with my life. My teachers really encouraged me, one English teacher in particular constantly supported me, and I just wanted to make my family proud,” said Sean.

On the advice of his mother Sean has, until very recently, always kept his Traveller background hidden, to avoid hostility.

As he explained: “Travellers are stigmatised and hated. We have a reputation for crime and violence. There are some who will commit crime and violence to conform to their stereotype, but we are not all like that, although it seems one bad apple taints the whole tree. There was a key insightful moment in a life skills class when I was in year 9 or 10 at school. The subject of Travellers came up. I just kept quiet, but there were some pretty nasty comments made. To be in a position of watching other people validate your existence is not fun.”

Since starting at Essex Sean has found the confidence to be more open about his background and has been pleasantly surprised to find he has not experienced hostility.

But he is very much aware that that’s not the case for most Travellers: “My hope is that one day all Travellers can be open about their backgrounds without the fear of being abused or being abusive in return. But for that to happen people need to understand our history and culture a bit more. I have got a lot to learn myself, but I just wish people were more educated. If we could sort the problem of how people judge us, everything else will sort itself out.“

As for his own aspirations – Sean plans to become a teacher and his dad is his first pupil: “I am trying to get him into reading, using audio books."